Between 1800 and 1850, Tatsfield's population varied between 139 and 172, with the large majority being agricultural labouring families.  Getting their children to learn to read and write would have been low down on their priorities.  It is not surprising that there is no record of any school in Tatsfield until 1841 when the census registered the existence of a charity school of which we know nothing. It is popularly thought that Tatsfield School was built on the site in Church Lane in 1846 at a cost of £146 and that it was a Dame School consisting of one room holding 16 children who paid 1d a week to attend. Major changes took place in the 1870s.  In 1871 the school affiliated to the National Society for Promoting the Education of the Poor in the Principles of the Established Church and became known as Tatsfield Church of England School.  The school was still just one room, although a new teacher's residence was built consisting of a parlour, kitchen, scullery and three bedrooms. After a long period of stability, Tatsfield's population increased rapidly at the end of the 19th century.  With schooling now compulsory, this resulted in much greater demands on Tatsfield School over a short period.  The school had a succession of enlargements to cope with the greater numbers, in 1887, 1896, 1901 and 1911. In 1900 a new large bell was placed in the school roof and its regular ringing was thought to be responsible for the increase in punctuality over the following year.  This bell was discovered in the roof by local builder, Brian Ling, during work carried out in 1989, was restored and mounted by him and now hangs in the new school entrance hall.  By 1930 lack of funds had resulted in the school being in a poor state of repair and the School Managers were concerned about the dilapidated and dangerous state of the buildings.  They entered into discussions with Surrey County Council and the church authorities about handing over the school to the County Council.  This was settled in 1931 when it was decided to lease the school to the Council for 21 years.  The school formally became a public elementary school called Tatsfield Council School from 1st June 1932, accommodating 164 children in four classrooms. Education in this country was transformed by the Education Act of 1944.  Elementary education disappeared and schools were divided into primary and secondary.  In Tatsfield, the school had been teaching children from 5 to 15 but this changed in 1948 when the school narrowed to teaching children up to 11 years and became known as Tatsfield County Primary School. As Tatsfield's population continued to mushroom in the latter half of the 20th century, the church could not afford to fund the substantial investment required and it was decided to sell the school to the County Council in 1966. Substantial organisational changes have subsequently taken place with Surrey opting for a middle school system and the fate of Tatsfield School was very much in the balance in the early 1970s.  Happily, Tatsfield School survived and in 1973 became Tatsfield County First School teaching 5 to 8 year olds for about 90 pupils in three classes.  This experiment with middle schools ended in 1993 and the school once again became Tatsfield Primary School for 5-11 year olds.  In April 1993 the Grasshopper Building was built comprising two classrooms and a library to enable the school to expand to a primary school.  This was completed in April 1994 and for the next three years the top year group stayed on until the school had its full complement of 150 children in six classes. By 2000 discussions were taking place to increase the size of the buildings as the school population had risen to 210, with seven classes of 30 children.  Surrey County Council proposed to build a new school after failing to expand the existing buildings and the search for a new site started.  It was eventually decided to build the new school on land next to the Village Hall in the centre of the village  and it was hoped that it would open in September 2007 but the project was delayed as a result of numerous financial and legal complications.  However, these were all overcome and the new school eventually opened in April 2010.
Tatsfield School 1956 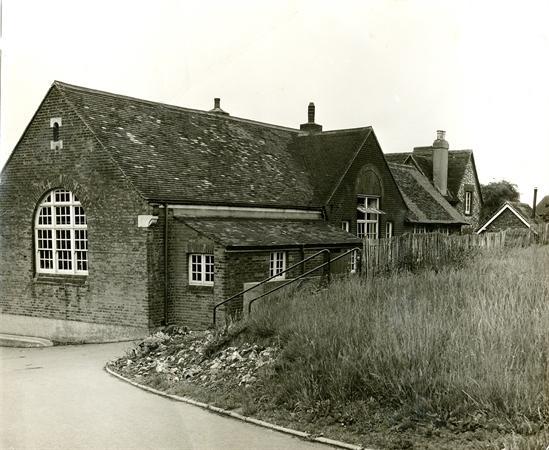 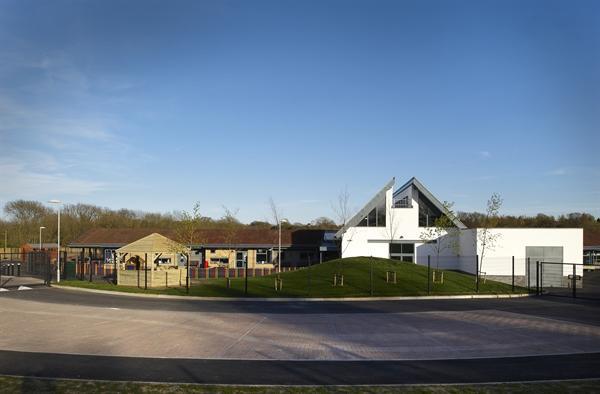